*Additional details will be disclosed after registration is completed. 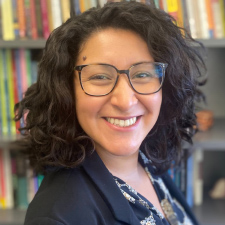 Lucy C. Arciniega has over ten years of experience in the diversity, equity, and inclusion industry. She is a full-time consultant and recognized scholar-practitioner on diversity and inclusion, having published academic articles in several peer-reviewed journal articles and opinion editorials through her column, "Diversity in the Workplace," which was hosted from 2017 to 2019 by the American Anthropology Association, a professional membership organization with over 10,000 members. Currently, she also holds a consultant position as a Managing Research Director at the National Diversity Council, a non-profit 501 (c) 3 organization, overseeing the NDC Index, an annual survey which measures organizational commitment to diversity and inclusion. In this role, Lucy designed the methodology for assessing the results of a 200+ question survey according to global diversity and inclusion best practices. She also designed the NDC Index Report to help companies use their survey results to create an efficient DEI organizational strategy that maximizes their investment in organizational change. Formerly, Lucy held a position as a Visiting Assistant Professor in Business and Organizational Anthropology at Wayne State University. As a trained anthropologist, she has also used her cross-cultural perspective to bring key insights into customer service experience, management leadership strategies, and employee and team engagement dynamics through change management consulting. Lucy C. Arciniega received her Ph.D. and M.A. degrees in Anthropology from the University of California, Irvine. Her doctoral research on the diversity and inclusion industry received numerous awards, including the Wenner-Gren Foundation for Anthropological Research Grant. She is currently working on her book based on the culture of the selling and institutionalizing diversity work in corporations. She lives in and works out of Los Angeles, California. 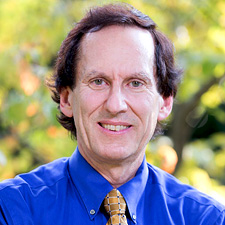 Stan C. Kimer, founder and president of Total Engagement Consulting, is a nationally recognized consultant with unique skills in employee development/career mapping and workplace diversity (specialization in LGBTQ+, Employee Resource Groups, Diversity Councils, Diversity Strategy and Inclusive Recruiting). Stan formed his own consultancy around these areas in 2010 following a 31-year successful diverse, multi-functional career at IBM. While at IBM as Director of Global Sales Operations for IBM’s consulting practice, Stan served as the executive sponsor overseeing career development for IBM’s 3,000 Sales Operations employees. He has now executed his unique innovative career mapping approach which he launched at IBM, with clients ranging from major corporations to church denominations to professional organizations. During his four years on IBM’s global corporate diversity staff, Stan led IBM into industry leadership in LGBT diversity and established IBM’s procedures for supporting transgender employees and assisting with case management of employees undergoing gender transition while in the workplace. Since forming his own consulting practice, Stan has trained or spoken in over 150 venues reaching over 7,500 professionals. He is a certified Out and Equal Workplace Advocates Building Bridges Trainer and a certified Training Management Corp / Berlitz Cultural Competency Trainer / Practitioner. Within the transgender arena, Stan has provided training to client employee and HR teams and has assisted with case management of gender transitions in the workplace. He is active in leadership roles in dozens of community and civic organizations including as a volunteer instructor on his church denomination’s leadership development faculty. In 2013, the Triangle Business Journal recognized Stan with one of their Leaders in Diversity – Role Model awards. Stan received his MBA from the University of Chicago’s Booth School of Business and BS in management science from Georgia Tech.-- In his spare time, Stan trains as a competitive adult figure skater. 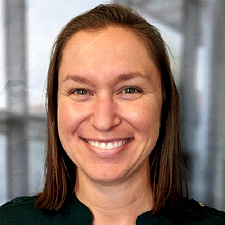 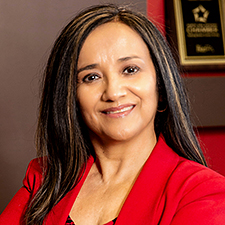 Cecilia Orellana-Rojas joined the National Diversity Council (NDC) in 2013 as vice president of strategy and research. In this role, she provides direction for the formulation of the organization’s strategic goals and oversees the consulting services function. In addition, she leads innovative, high quality educational and research initiatives in diversity and inclusion. She is the creator of the DiversityFIRST™ Toolkit, a unique diversity reference portal and research consolidator, and the DiversityFIRST™ Certification Program curriculum, which prepares professionals for successful careers in the D&I space. Cecilia brings 15 years of experience at AT&T, where she started as a manager in diversity marketing. She spent most of her career at the telecommunications giant as associate director and lead consultant of corporate diversity. In this role, she offered support in the formulation and implementation of AT&T’s diversity and inclusion strategy with an emphasis on diversity metrics, communications, and training. As a business partner, she worked with clients to ensure that AT&T’s business practices, processes and procedures supported workforce inclusion. She also provided consulting in all aspects of workforce diversity. Prior to her corporate role, Cecilia worked as a journalist and later taught in academia for more than 10 years in the area of sociology, with emphasis on U.S. race relations, gender, research methods, and Latin America. Cecilia is a passionate advocate for diversity. She was instrumental in the launch of the Texas Diversity Council and served as the first president of the San Antonio Advisory Board. As a founding member of the Texas Hispanic/Latino Summit, she played a leadership role in establishing the mission of the summit as a venue for Latino/a voices within the Texas Leadership and Diversity Conference. She has been recognized numerous times with the Diversity Champion Award and Diversity Leadership Award for her commitment and dedication to diversity business practices. A native of Chile, Cecilia earned a Ph.D. in sociology from the University of Texas at Austin, a master’s degree in Latin American studies from the University of New Mexico, and a bachelor’s degree in journalism from the University of North Dakota. She resides in San Antonio, Texas, with her husband, Henry, and their son, Rodrigo. 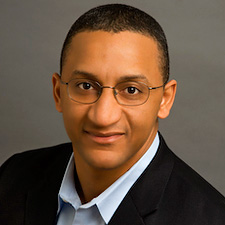 Al Sullivan is the president and owner of Inspirus Consulting Inc. A firm specializing in system wide Organization Development, Diversity, and Sustainable Change. His approach integrates both theory and practical tools from the Applied Behavioral Sciences. His primary goal is to help client systems engage everyone to do their best work. His firm worked with a 4000-employee hospital to assess, design, and implement updated and strategic Diversity, Inclusion, and Culture training. He used the “Train the Trainer” model to provide the hospital with the capacity to train, update, and evaluate the program with sustained impact over time. Al helped the Information Technology division at global pharmaceutical organization win the “Attraction, Development, & Retention” Diversity award by designing and implementing initiatives which significantly increased senior female and minority leaders. Al has experience designing, delivering, and evaluating training intended to improve awareness and collaboration in multicultural organizations. He attends to the various levels of system when training and consulting (e.g. individual, team, organization, and community). His continuous improvement focus helps to connect training design to strategic organization objectives. Additional areas of expertise include applying strategies in areas such as Talent Management, Employee Engagement, Executive Coaching, Strategic Human Resources Management and Organization Development. Al is a certified Senior Professional in Human Resources Al is also trained in a number of Organization Development tools and approaches such as Use of Self, Organization Analysis / Design, Action Research, Group Facilitation, Multicultural Organization Development, and Change Management, & Process Consulting. 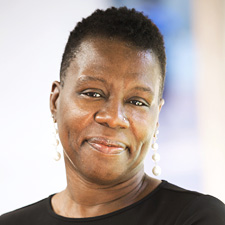 Carol E. Henderson (PhD) is Vice Provost for Diversity and Inclusion, Chief Diversity Officer, and Advisor to the President at Emory University in Atlanta, Georgia. Prior to this appointment, Henderson served as the inaugural Vice Provost for Diversity at the University of Delaware. During her tenure in that role, she led the university in a DEI strategic planning process which garnered UD three institutional awards: 2017 SHRM D & I Gold Award (co-winner), and two Insight into Diversity HEED Awards in 2017 and 2018. Prior to her appointment as Vice Provost for Diversity, Henderson also served as associate director/director of undergraduate studies of then Black American Studies, and subsequently became the first chair of the department. A sought-after speaker on women’s empowerment, leadership, diversity, and community engagement, Henderson has spent over twenty-five years in higher education. She is the recipient of several community, professional, and research awards, including, most recently, the 2020 Outstanding Woman of Color Award by the Women of Color Initiative, Atlanta Collaborative in Higher Education. She is the author/editor of five books, the special issue editor of four journals, and has published numerous essays in critical volumes and journals. Her forthcoming article, “All Eyez on Me: On Being Black, Female, and a First-Gen Leader in the Academy,” will be published this year in a special issue on black women’s leadership in higher education in Palimpsest: A Journal on Women, Gender, and the Black International. Henderson received her undergraduate degree in Political Science from the University of California, Los Angeles, her Master of Arts in English from California State University, Dominguez Hills, and her doctorate from the University of California, Riverside. She is Professor Emerita of English and Africana Studies at the University of Delaware. In her spare time, she is the sole proprietor of Sankofa Institute LLC, an organization who believes in the power of education to change lives. 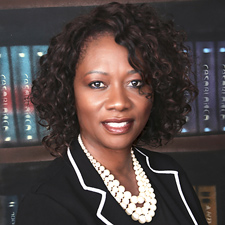 Mary Mbiya has been with Flagstar Bank since 2012 serving in various management positions. She has over 20 years of experience in financial services. Since 2017, she has led the charge for the bank’s diversity and inclusion initiatives. In this role, she is responsible for the development and implementation of Flagstar’s strategic objectives and priorities relating to diversity, equity and inclusion. She has also led the charge in creating DEI metrics which are reported to the Diversity Equity and Inclusion Advisory Council on a quarterly basis. Mbiya is also a resource to the nine employee resource groups at Flagstar. Mbiya is active in the community and serves on the boards of the McLaren Oakland Hospital and is on its Finance Committee, the Michigan Diversity Council, the Michigan Roundtable for Diversity & Inclusion, Leadership Oakland, Dutton Farm and Next Steps4Seniors Foundation. Additionally, she serves on the Inclusion Advisory Committee for the Mayor of the City of Rochester Hills. In addition Mbiya serves on the Council for Supplier Diversity Professionals, where she serves on the membership committee. She has received numerous recognitions for her contributions to the community. She was named honoree for the Women of Excellence Award by the Michigan Chronicle, and received the Leader of Leaders Award from Leadership Oakland. She also was named Board Member of the Year by the Rochester Regional Chamber of Commerce, and a finalist in the Keystones Women in Housing Leadership Awards by the Five Star Institute, in recognition of her leadership in developing diverse workplace cultures. Mbiya was also named as one of the 2019 Diversity Business Leader award recipients by Corp! Magazine and recognized by Dutton Farm as the 2019 Philanthropic Advocate of the Year. Earlier this year Mbiya was awarded with the 2021 Diversity Champion Award Recipient by the Troy Chamber of Commerce. Mbiya volunteers in different capacities within the community and has volunteered as a facilitator of the financial focus classes for the Rochester Area Neighborhood House, helping local low-income families achieve self-sufficiency through financial literacy. She holds an MBA in finance from the University of Lincoln in the United Kingdom.

For additional information about this session, please email us at [email protected]