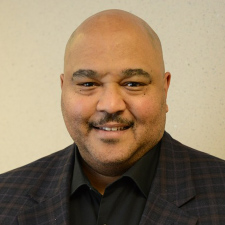 Victor Green joined Wayne State University (WSU) as the Director of Community Relations in April 2005 and has more than 25 years of government and community affairs experience. He is one of the lead university administrators working to create, develop and sustain partnerships throughout the Detroit Metropolitan area. He also lectures in the Labor Studies Department at WSU and at the Kalamazoo Valley Community College (KVCC), Police and Corrections Academies on the subjects of Diversity & Inclusion, Ethics and Communications. Victor has conducted numerous trainings throughout the state of Michigan in the public and private sectors.

Prior to his current position, Victor’s career included working as Staff Assistant for two members of Congress – former Congressman Howard Wolpe, D-MI and Congressman Fred Upton, R-MI – where he specialized in immigration issues and community outreach. After his tenure with the U.S. House of Representatives, Victor served as a Public Safety Officer (PSO) for the Kalamazoo Department of Public Safety, where he rose to the rank of Inspector of Internal Affairs and Community Relations.

Victor is a native of Detroit and a graduate of Renaissance High School. He earned a Bachelor’s and a Master’s degree in Public Administration from Western Michigan University. He received his Certified Diversity Professional (CDP) designation from the National Diversity Council. Victor and his wife, Alysia, have a son, Matthew, a graduate of WSU.