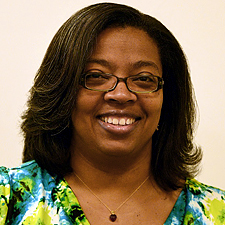 Juliana Mosley has served the field of education for more than 20 years, with the last 18 being dedicated to higher education. Juliana currently serves as the Chief Diversity, Inclusion & Community Relations Officer at Chestnut Hill College in Philadelphia. She began her career as a business high school teacher in the Houston Independent School District, resulting in her personal adage of being “business-mined with an educator’s heart.” Realizing that she needed to fulfill her 6th grade goal, written in the inside cover of her dictionary, of obtaining a Ph.D. by the age of 28, Juliana enrolled in her doctoral program at 24 years old. Just 23 short months later, she was graduating with her Ph.D. at the young age of 26, making her one of the youngest doctoral graduates in Miami University’s history and the first Educational Leadership student to complete the degree in less than two years.

After serving as the Executive Assistant to the President at Kentucky State University, Juliana became the Director of Multicultural Affairs at John Carroll University in Cleveland, Ohio (her hometown). Shortly thereafter, Juliana had the opportunity to fulfill another professional goal when she became the Vice President for Student Affairs at Philander Smith College in Little Rock, Arkansas at the tender age of 30 years old, making her one of the youngest vice presidents in the country at that time. After five years of service, Juliana continued in this role for several years at Marygrove College (Detroit, MI), Edward Waters College (Jacksonville, FL) and Lincoln University (PA).

Juliana also serves as a consultant and trainer, having presented more than 70 times, to include a TEDx Talk, regional and national conferences, universities, non-profit organizations, government agencies, and corporations. In these instances, she provided training and development workshops in leadership transition, strategic planning, student development, diversity and inclusion.

Affectionately called Dr. J. by her beloved students, Juliana’s commitment and service to education and the community is evident in her honors as a Philadelphia Tribune 2019 Woman of Achievement honoree; recipient of the Student Leadership and Success Award for Administrators (2015), given by Lincoln University’s Chapter of the National Society of Leadership and Success; Ohio Magazine’s Excellence in Education Awards for 2003 and an inductee to the Kaleidoscope Magazine 2004 Forty/Forty Club, which annually recognizes 40 people under the age of forty who make significant contributions in the Cleveland area. Juliana is also extremely committed to serving her local communities, currently serving as a new board member of Philadelphia Education Fund; and former roles as grant reviewer for Chester County Fund for Women and Girls Grants Allocation Committee (West Chester, PA); board member for Girl Scouts of America (Gateway Council—Northern Counties of Florida); Steering Committee Chair for Save Our Sons (non-profit in Jacksonville FL); and 25+ year member of Alpha Kappa Alpha Sorority, Inc.

Juliana received a B.S. degree in Business Education from Ball State University (IN), a M.A. in Curriculum and Teacher Leadership with concentrated studies in Urban Education, and a Ph.D. in Educational Leadership, both from Miami University (OH).

Juliana seeks to educate and train people to engage in difficult dialog through cultural humility to make the unconscious conscious.