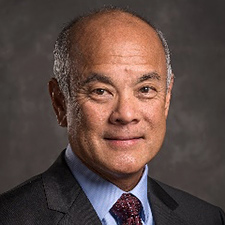 Jason was appointed USAA’s Chief Diversity and Inclusion Officer in August 2018 which includes initiatives to support military veterans and spouses/domestic partners of veterans in the workforce.

Since joining USAA, Jason has been privileged to serve employees, members, and the Association by leading a variety of organizations, programs, and functions including learning and development, process management, military affinity group management, risk management, contact center operations, regional strategy, and workplace flexibility. He is a strong advocate of diversity and inclusion and served as the executive sponsor of BOLD – USAA’s Diversity Business Group that supports the LGBTQI employee community and its allies – from June 2015 through August 2018.

Jason prides himself as a former soldier who joined USAA in February 2010 following a 33-year Army career which included extensive experience working outside of his parent service – in peace and wartime – in a multi-service, multinational coalition environment. This taught him the value of diverse perspectives and how to operate alongside all branches of the US Armed Services and foreign militaries and governments of partner nations.

Jason is a native of Hawaii and the son of a World War II veteran of the all-Japanese American 100th Infantry Battalion, 442nd Regimental Combat Team. He and his spouse of 41 years have two daughters.